Facebook says that it has removed more than 1.5 million videos from the social media but the global criticism continues to grow. By the time Facebook started taking serious actions, the video had already been viewed by millions of users, copied by a great number of people and posted on different social media sites. The criticism continued to grow even after the company took actions towards removing the original videos.

Facebook uploaded the live streaming video of the deadly New Zealand attack. According to Facebook, the video was removed instantly and the company worked really hard to remove any kind of terrorist content by relying on different technologies. New Zeeland Prime Minister condemned the incident in a series of sermons and demanded that such incidents must not happen in the future. She said that the company should have taken strict actions on time so that such a situation could be avoided.

This is not the first time that Facebook live-streaming feature has been used to stream a terrorist attack. Such incidents took place in the past as well but Facebook failed to change its policies and take serious actions towards this matter. Today, Facebook receives criticism from every corner of the world and people demand some serious actions to be taken instantly.

British Home Secretary Sajid Javid also insisted that social media companies must perform their duties in the right manner and take right actions on right time. He said “Take some ownership. Enough is enough.” The case is being overseen by the New Zealand police who has already sent notice to the company owner to take some serious actions. 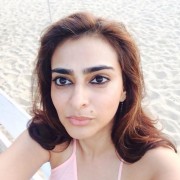 Facebook Continues To Receive Criticism From Across The WorldunratedJahanara Nissar2019-08-06 08:17:49Facebook says that it has removed more than 1.5 million videos from the social media but the global criticism continues to grow. By the time Facebook …
Toggle the Widgetbar